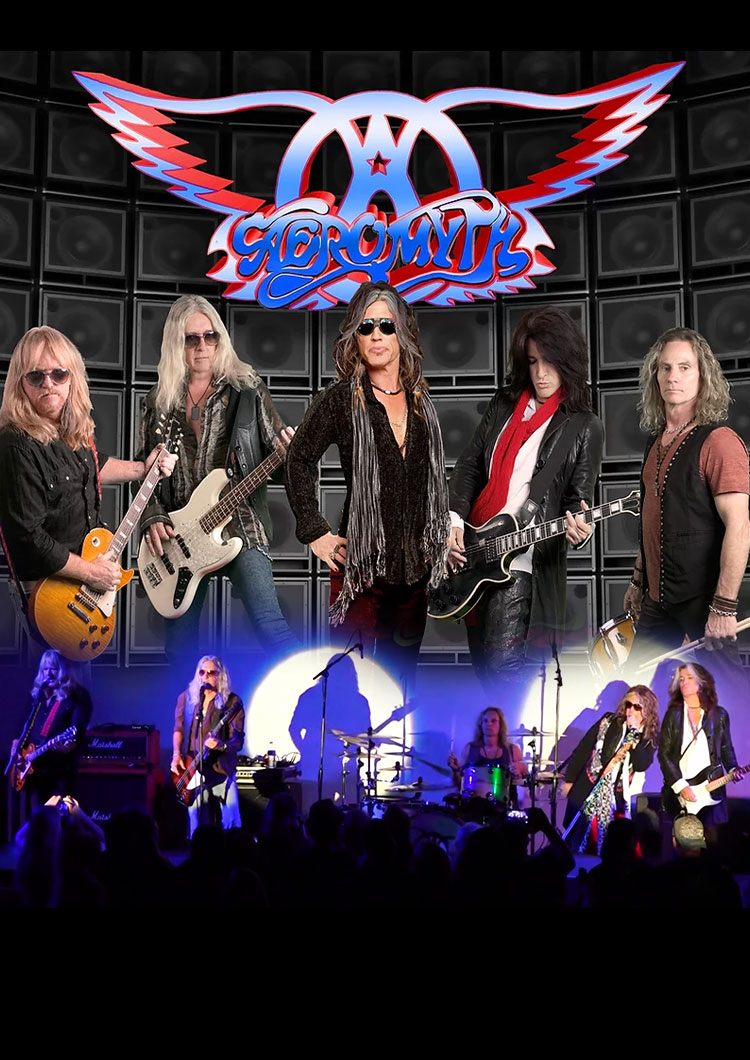 Aeromyth was formed in 2007 and hailed worldwide as, “The Ultimate Aerosmith Tribute Experience.” AEROMYTH has achieved a level of success and notoriety nearly unheard of in the Tribute community. Paying their dues and honing their craft for well over a decade, the band has performed countless shows. Touring internationally with venue’s ranging in size from clubs and theaters straight up to Dodger Stadium, they have defined themselves through a combination of stellar live performance re-creations, uncanny physical likeness, and unparalleled musicianship.

The bands only objective is very simply:

The suspension of disbelief while remaining true to the undeniable spirit of America’s greatest Rock band.

Aeromyth has been featured on the morning show, Regis & Kelly on ABC 7, The Tonight Show with Jay Leno and a performance on Good Day LA Channel 11 Los Angeles morning show. They performed at Summerfest in Milwaukee to 10,000 people, the Last Jack FM, Arrowfest at the Verizon Wireless Amphitheater, The 95.5 KLOS Mark & Brian Poker Tournament, and numerous Las Vegas shows.

Aeromyth is considered THE BEST Aerosmith Tribute Experience around the globe!

During an Aeromyth performance at the Key Club in Hollywood, Dave Navarro was quoted as saying, “I thought I was hearing an Aerosmith Album!”

I thought I was hearing an Aerosmith Album! ~ Dave Navarro

Performing all of their greatest hits, from classic songs such as “Walk This Way,” “Sweet Emotion,” and “Toys,” to more current hits like “Dude Looks Like A Lady,” “Jaded” and “Don’t Wanna Miss A Thing.”