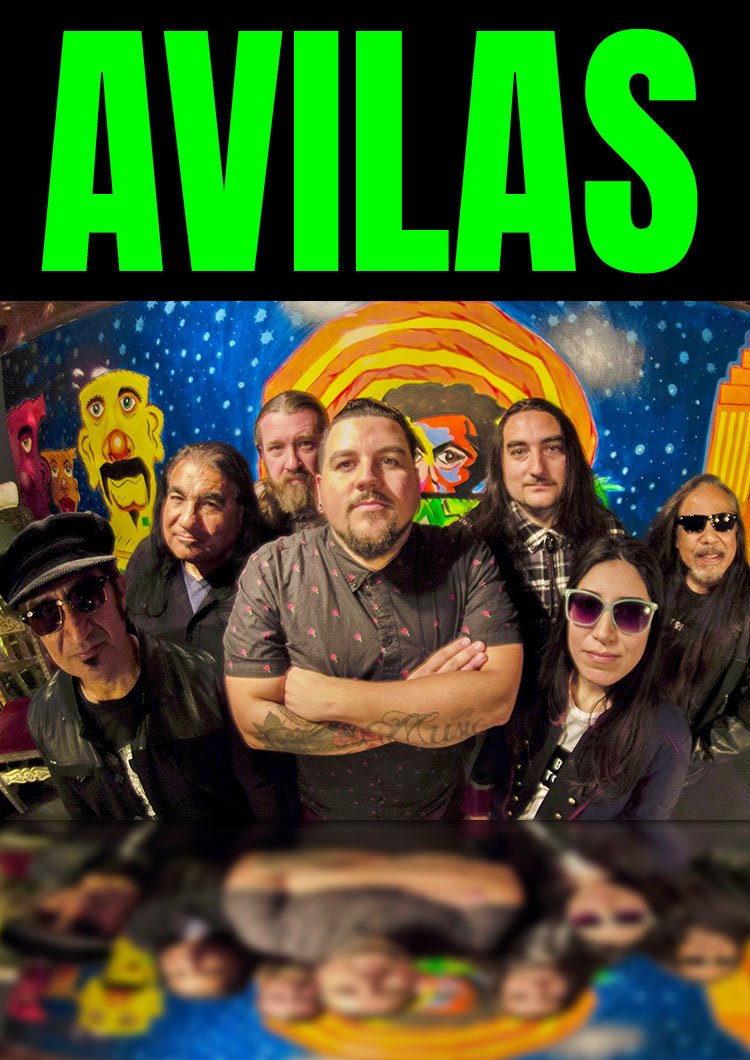 The Avilas could be called your average family band… from another planet and on steroids! With an unfair amount of talent for one family alone, their powerful live performances prove an inexplicable innate bond which drives the Avilas to leave it all on stage, one song after another, and make it look effortless. Hailing from Los Angeles, through Rosemead, to Montclair, California, they’ve collectively seen and conquered most of the world.

Brothers Sam & John, Brothers Andee and Danny, sons of Sam, and Liela, daughter of John. Got it? Good.

Sam “Sammy” Avila, (organ & vocals) rightfully known as Hammond Sam graced stages with his electrifying Hammond B3 sound for most of 20 years with blues guitarist Walter Trout. He still lends his chops to legendary bands like Los Lobos and local legends, The Mercy Bros with a tremendous sound that vibrates through the ears to the soul.

John Avila (bass & vocals) takes the “underrated bass player” stereotype and smashes it to pieces with his dynamic pulse and show-stopping melodic solos. Entrusted with holding it down for Oingo Boingo for more than 10 years, Neil Young, and many more, John’s talent is unmatched, especially when it comes to his unique style and lively performance.

Andee “Beats” Avila (drums & lead vocals) commands rhythm with every beat of his heart - a talent only surpassed by his own voice. Developing “feel” is said to be a life-long process, but for Andee, it runs through his veins. Currently dominating internationally with Andy Frasco and the UN, he is an unstoppable force of nature.

Danny Avila (guitar & vocals) wears his heart on his six strings. With every outpour of inexplicably prolific melodies, he speaks volumes through his guitar, igniting the senses to not just hear the music, but experience it. Danny has traveled the world with fellow artists such as Andy Frasco & the UN, Walter Trout (playing bass), and will be sharing his gift with electric blues singer, Sugaray Rayford.

Liela Avila (vocals) is a master of her instrument. Her training at the prestigious Los Angeles County High School for the Arts (LACHSA) only nurtured her talent as a jazz singer, allowing her to move melodies and harmonies to new artistic heights. Liela has shared the stage with great artists such as Stevie Wonder, Natalie Cole, Josh Groban, Patti Austin, and many more.

Along with honorary Avilas including Jeff Waldon (Jazz at Work) on some heavy hollering sax, Nick Lewis (Organa) on surefire funky guitar, and Ray Solis (Midnight Rider Band) on some innovative percussion, this band, The Avilas will have you feeling all the feels, dancing, and picking your jaw up off the floor after a show, or even one song!