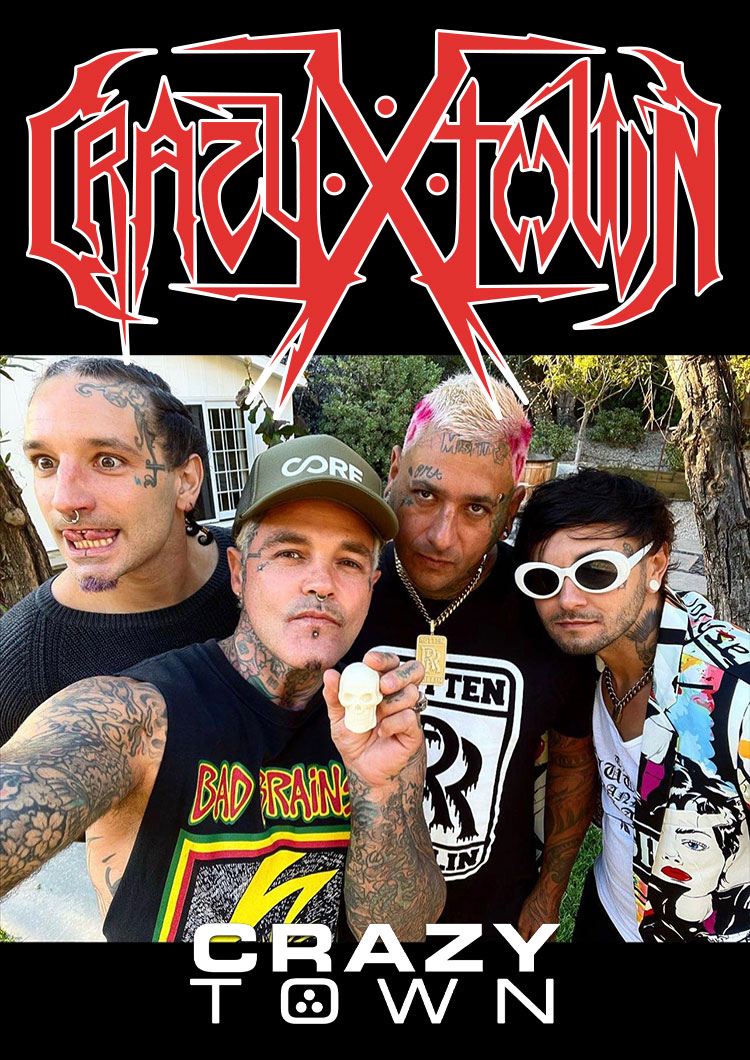 Crazy Town (sometimes abbreviated as CXT) is an American rap rock band, formed in 1995 by Bret Mazur and Seth Binzer.

Crazy Town is best known for their 2000 hit single, "Butterfly", which reached number one on the US Billboard Hot 100 chart and helped their debut album, The Gift of Game (1999) sell over 1.5 million units. Their follow-up album, Darkhorse (2002) failed to achieve the same level of success, contributing to the band's break-up in 2003.

Mazur and Binzer reformed the band in 2007, and released their third album, The Brimstone Sluggers, in 2015. In 2017, Mazur left the band and Binzer changed the name of the band to Crazy Town X.

Hit Single, "Butterfly", reached number one on the US Billboard Hot 100 chart

"The Gift of Game"

Crazy Town’s first record, “The Gift of Game,” included the smash hit “Butterfly” and brought instant fame. It was No. 1 in 13 countries on rock, pop and Latin charts.