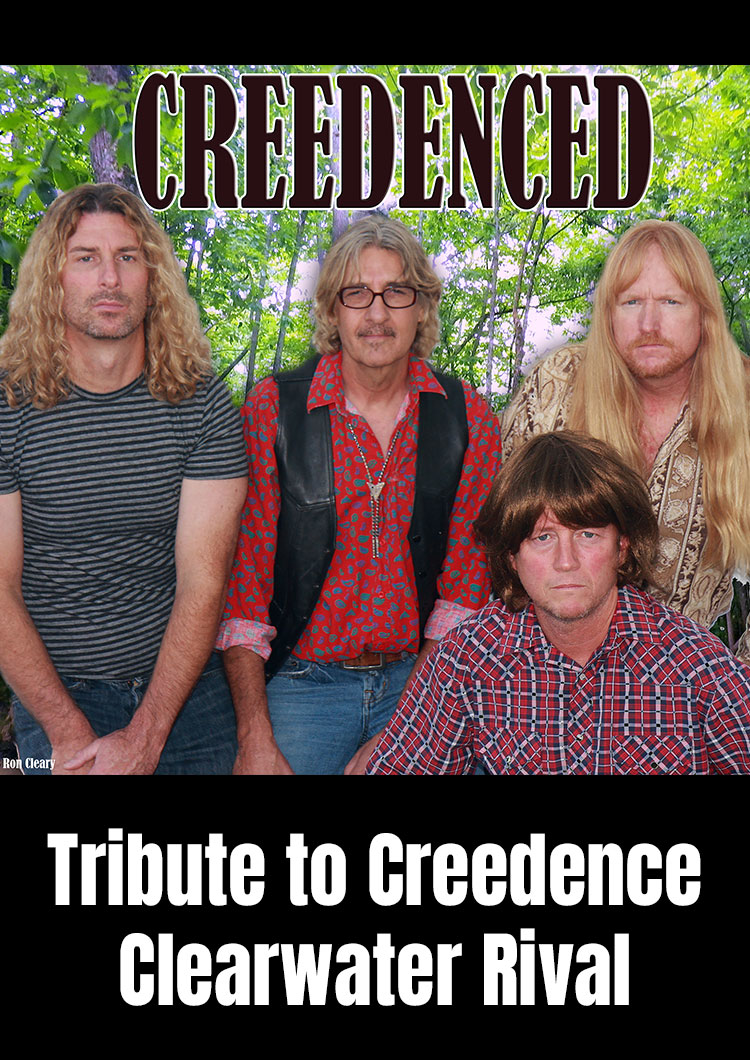 Formed from the top players around California, Creedenced is an amazing tribute to Creedence Clearwater Rival and John Fogerty.

Tim Walsh is a singer guitar player from Southern California he has been called the quintessential John Fogerty for the way he channels John Fogerty's style and vocals on stage.

Tim has worked in the music business for many years writing music for MTV’s the Andy Dick show and TV commercials. He has also appeared on the Howard Stern show Jimmy Kimmel, Donny and Marie, Woodstock 99 Sundance film festival with Sammy Hagar, Carson Daily, Sharon Osbourne ABC’s “The View” and many more. Tim is a pilot and resides in Aguanga, CA.

Neal has been performing on stages nationwide since a teenager. Neal has played guitar in many successful bands including Painkiller, "Judas Priest Tribute," Pyromania, "Def Leppard Tribute" and his original band, Black Triangle. Neal's original song, "NO WAY OUT" from the Black Triangle CD was used on NBC's "THE PRETENDER" on the 1999 season finale episode.

Tony formed Snow w brother Carlos Cavazo of Quiet Riot & Ratt. He performed on the LA scene from 1976 to 1981 recorded 1 EP. 1981 joined Dangerface and recorded 1 EP. 1983 co-wrote Metal Health and recorded on the album for Quiet Riot performed w Kevin Dubrow in his band Dubrow. 1984 formed Hurricane with Robert Sarzo, recorded 3 albums and toured extensively. Hurricane disbanded in 1991 and he moved to Memphis TN and studied classical guitar and performed w local talent. He returned to So Cal in 2002 and performed in many acts including Sacred Cowboys and Barnyard Cocks. He recorded albums w each. Tony Currently plays w several bands in the SoCal area including New versions of Snow and Hurricane and Aeromyth Aerosmith Tribute.

Jerry Kulczyk on drums, playing the part of Doug Clifford

Jerry has many years studio and stage experience. He plays in many local tribute and cover bands including fronting the Nickelback Tribute, Nickelband. Jerry is multi-talented as a drummer, singer and bass player.