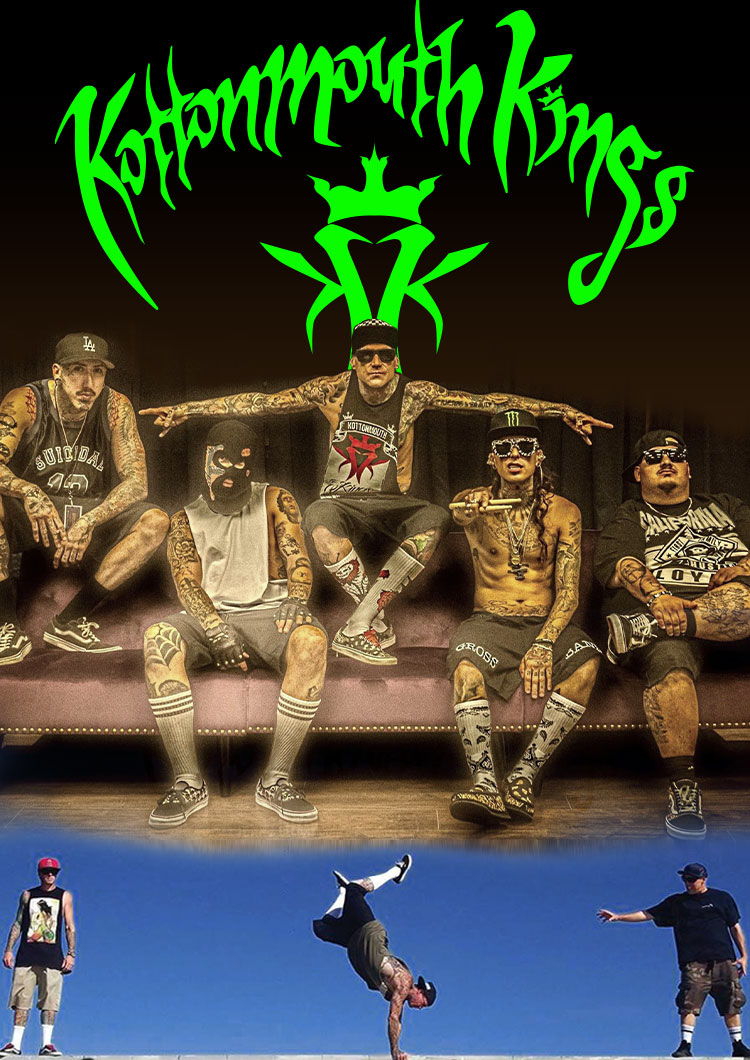 The Kottonmouth Kings are a versatile American hip hop group formed in Placentia, Orange County, California in 1996 by D-Loc and Saint Dog.

Kottonmouth Kings emerged in 1996 with an eclectic sound that integrated punk, psychedelic rock, reggae, and hardcore rap. The group first attracted mainstream attention in 1997 with the track "Suburban Life," which appeared on the soundtrack to the horror-comedy filmand became a modern rock radio hit. They continued to brashly beat the rap-rock drum over the next two decades, maintaining a fierce independent streak and issuing a slew of high-charting albums like Koast II Koast (2006), Long Live the Kings (2010), and Kingdom Come (2018).