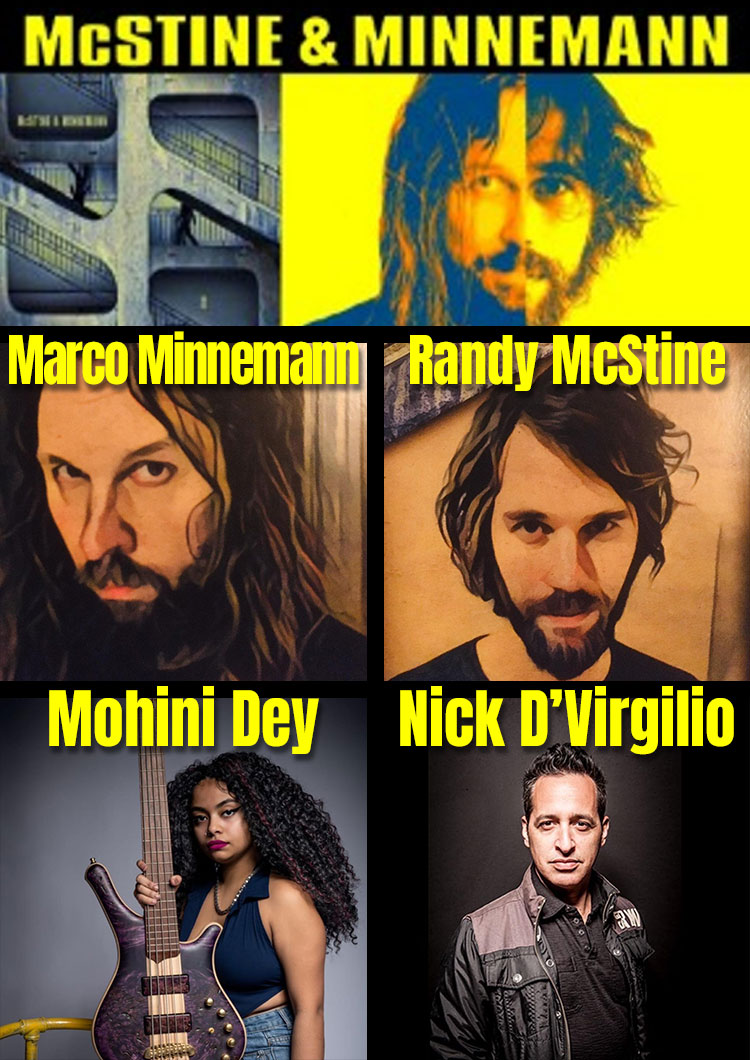 Randy McStine and Marco Minnemann initially met in 2018 while working with other artists, but as they discovered their shared passion for an assortment of Rock, Pop, and Punk artists, they began to talk about embarking on a collaborative project together. As both men are prolific multi-instrumentalists and writers, they have created a space for each other to showcase their incomparable instrumental talents, while infusing them with an incredible mix of melodic and lyrical depth.

McStine is an acclaimed guitarist, bassist, and vocalist, whose initial work under the name Lo-Fi Resistance led to collaborations with members of King Crimson, Joe Satriani, Porcupine Tree, King’s X, Tears For Fears, and more. McStine’s work embraces genres such as Rock, Progressive, Blues, Singer-Songwriter, Folk, Pop, and Ambient. Towards the end of 2019, McStine released a new album called ‘Idle’, which coincided with a 20-date North American tour as support for The Pineapple Thief.

Minnemann is one of the world’s most respected drummers, having recorded and performed with diverse artists such as Paul Gilbert, The Buddy Rich Big Band, Steven Wilson, Necrophagist, and U.K. His own band, The Aristocrats (featuring Guthrie Govan and Bryan Beller), is a hugely sought-after touring act all over the world. Marco is also an accomplished guitarist and composer, which is evident throughout his vast catalog of solo albums. His most recent album, ‘My Sister,’ was released in 2019.

Dey is a Bengali Indian electric bass player. She was a prodigy, giving performances since she was 11 years old. Mohini Dey has been described as prodigy by many acclaimed musicians. She has become an in-demand session player to do numerous live and studio work for many artists throughout India and the world.

Mohini Dei was also invited by Berklee College of Music to be a part of concert held at Symphony Hall... it was a great gig with huge success... She was also offered full scholarship but unfortunately she could not the offer as she was already busy with multiple of  projects.

Nicholas D'Virgilio (born November 12, 1968) often referred to as NDV, is an American drummer and multi-instrumentalist musician, best known as a member of the progressive rock band, Spock's Beard. He was also one of two drummers chosen to replace Phil Collins in Genesis on the Calling All Stations album. He has also done session work with many artists. Nick started playing drums at the age of 4 and was self-taught until I attended the Dick Grove School of music at age 17. He joined his first band with my longtime friend Stan Ausmus at the age 15. In 1995 Nick met Kevin Gilbert and joined his band THUD and from that moment on my career took off in many different directions! Throughout his life so far, Nick has been blessed to participate on a vast myriad of records, and to play thousands of shows with several different bands.