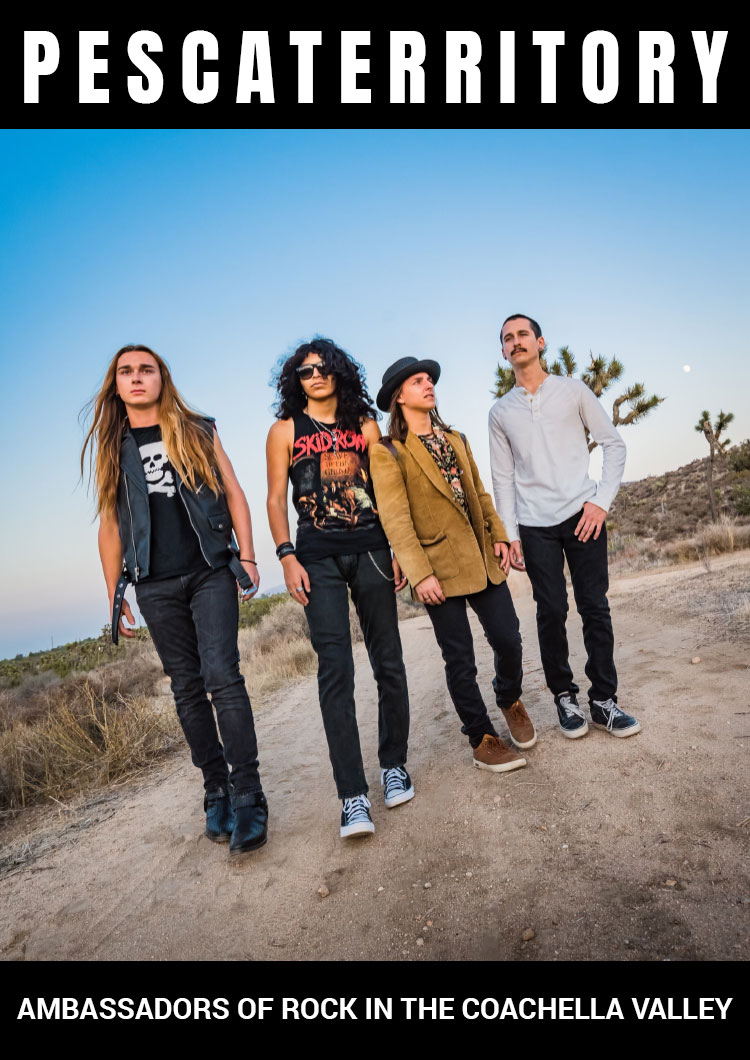 Pescaterritory is an award winning rock n roll band from the Coachella Valley in Southern California. Together since 2019, the band consists of bassist Gavin Lopez, vocalist Aiden Schaeffer, drummer Nick Willman and guitarist Jason Zembo. Pescaterritory blends the styles of rock n roll music from several decades to form their own brand of rock.

Since their first gig at the Riverside County Date Festival in early 2019, the band has played iconic venues such as the Whisky a Go Go and Pappy and Harriets.  Other venues include two nights at the Indian Wells Garden Jam, the Indio Tamale Festival, The Riverside County Fair, Indio,  as well as an acoustic performance of original songs in Nashville, Tennessee.

Pescaterritory received global attention when two of their songs “Better Off Dead” and “King Street” debuted on the Barry Tomes US10 radio show in Birmingham England in July of 2019. With the release of their self-titled album Pescaterritory in October 2020, Pescaterritory has received radio play in the UK, Spain, Scotland and Australia.

“Rarely am I so totally blown away by such a combo of sounds as this, but “Pescaterritory” is talent, on an exalted level.” Rock Queen Reviews