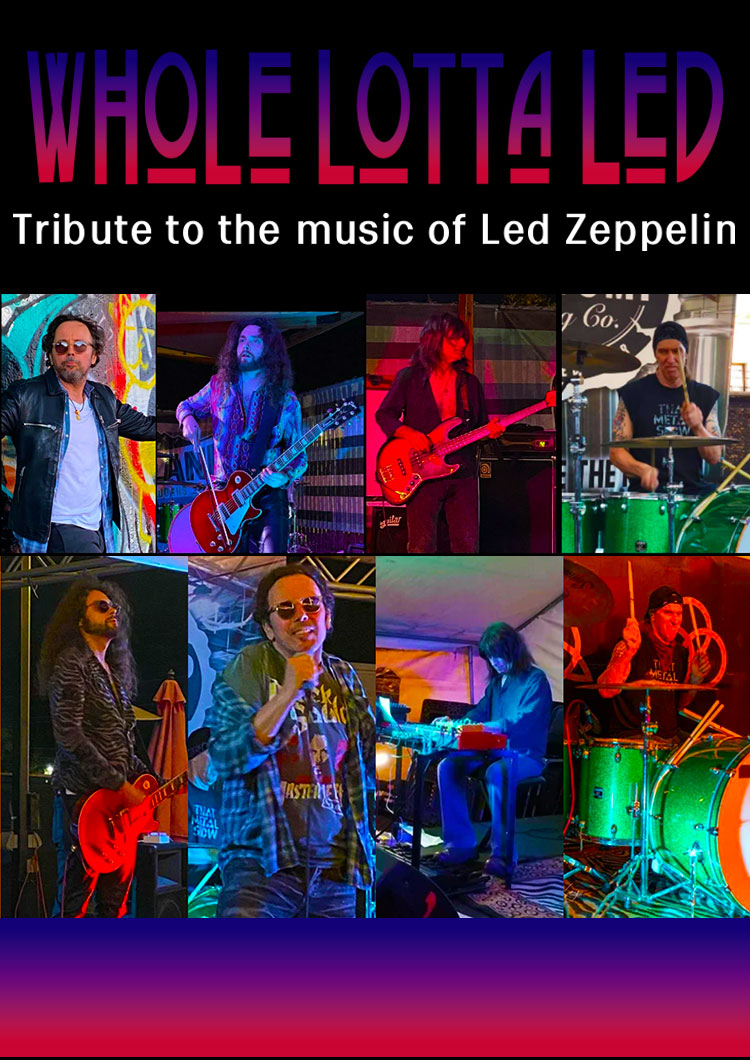 Whole Lotta Led was formed in early 2011 with 4 musicians whose biggest influence growing up was Led Zeppelin. The 4 have played in many bands and with many great musicians throughout the years, but the real passion within themselves came out when they all met and started Whole Lotta Led.

Whole Lotta Led is Southern California tribute to Led Zeppelin, not a dress up act, but 4 professional musicians who's biggest influences growing up were Led Zeppelin.

Not like most tribute acts, Whole Lotta Led (formerly known as Led Zeppie) started out playing little bars, clubs, then big shows all over southern California at places such as, The House of Blues, The Can club, Alpine Village, Hollywood clubs and Laughlin NV. In the past Whole Lotta Led has had promoters and some sponsors such as, Kaotic Radio, Artifacts Ink Studio and Sound. Plus, Whole Lotta Led has met alot of great people along the way, and has been interviewed on the radio several times.

The 4 of us who make up Whole Lotta Led love what we do, and want to keep the greatest band of all time, Led Zeppelin alive!